Experience the Holy at our monthly Celtic Evensong and Communion Service at 5 p.m., on the last Sunday of the month, shown on Facebook and Youtube. With both quiet moments of reflection and contemplative music, experience God in a new way. God is waiting. All are welcome.

The next services will be: November 29, December 27 and January 31.

Lent is probably the most widely observed season in the Christian year. Remember that Easter Day was originally the only day in the Christian year! The early Christians met weekly on the first day of the week to pray, break bread, and share in the apostles’ reminiscences of Jesus’ earthly ministry (Acts 2:42). Their meetings were characterized by an expectation of their Lord’s immediate, sudden return. In this ecstatic atmosphere, one did not do long-range planning and goal setting. Within the pages of the New Testament, we have indications that time was fast becoming a threat to Christian faith. Time, if it were not to be an enemy, had to be made a friend. It was through this domestication of time that the Christian year evolved.

Although the precise details of the evolution are impossible to know, the general outline is rather easy to discern. First, there was the weekly celebration of the Resurrection. This celebration was of the entire Paschal mystery: the Incarnation, the Crucifixion, the Resurrection and Ascension, the gift of the Spirit, and the promise of the Lord’s return. There next emerged a special emphasis in the spring on the celebration of the Paschal feast in relation to the actual time of the historical event. This celebration extended itself back through the Crucifixion on Friday and the Last Supper on Thursday, thus creating the Paschal Triduum of Maundy Thursday, Good Friday, and Easter. We know that in Jerusalem the custom began having the bishop ride a donkey into the city on the Sunday before the Passion and so inaugurate that period of observance that we call Holy Week.

Penitential discipline came to be attached to Lent as the Church increasingly understood itself as the field where the wheat and the weeds grew together. A major disagreement in the second century had to do with how to deal with those who denied or betrayed the faith. Those who had sinned were expected to perform appropriate penance. It soon became customary for all Christians to use the Lenten period as a time for repentance of past sins and self-denial (hence, “giving things up” for Lent), even if their sins had not been of a major or notorious kind.

Lent, then, is not a prolonged meditation upon the Passion and death of Christ, a pre-extended Good Friday. The clue to the meaning of Lent can be found by looking at the two days that frame it, Ash Wednesday and Good Friday. On Ash Wednesday, it is customary in many congregations for persons to have ashes placed upon their heads while they are being told, “Remember that you are dust, and to dust you shall return.” In other words, we are confronted by the fact of our mortality in a vivid physical encounter. On Good Friday, we witness the death of another human being, and we are told that in this death we all have died. Lent is intended to end at the cross, but it begins with the human condition that we all share, and it takes on the character of a pilgrimage. We’re on a pilgrimage. Keep an account of what you observe along the way.

Spring is almost here. It’s on Sunday, March 19. I can’t wait. I love spring and everything that it brings: flowers, more hours of daylight, and warmer weather (although I can’t complain about this winter). But mostly, I love knowing with spring comes Easter. Easter reminds us about renewal and life. We celebrate the God-come-to-earth in Jesus. We reflect on his self-sacrificing love, and we rejoice in our opportunity to live our lives reflecting his time on earth.

This is also a perfect time for spring cleaning. It’s not just about sorting through an out of control sock drawer or clearing out a hall closet. (Although getting rid of extra stuff in our lives can be a form of service if we donate useful items to those in need.) The spring cleaning I’m talking about is more spiritual in nature. It involves searching out the things that are holding us back from, or getting in the way of, our connection to God.

What is getting in the way of your spiritual life? What are the things that you need to pack up and deal with for once and for all? Maybe it’s guilt, envy or shame. Maybe it’s the need to forgive or to be forgiven by someone. Whatever it is, know that God is with you in your struggle. Your church family at Trinity is also here with prayer and support. Please know that Jim, Keith and I are always here to listen and pray with you if you need us.

I invite you to take stock of what’s important in your life and then act on it. I’ll see you Sunday.

The dates for VBS 2020 will be Aug 3-7. The theme is Knights of the North Castle and according to its publisher, Cokesbury, the curriculum aims to “Go on a quest learning to grow strong in the strength of God’s power by exploring how we put on the armor of God.”

As always, we are recruiting volunteers. We already have a solid core but the excellence we have maintained over the years depends on a high number of volunteers. Also, youth volunteers play a vital role in keeping VBS fun, energetic and vibrant. The VBS prep team consists of Jen Fuqua-Calsyn, Andrea Hager, Melissa Harris, Harriet Latta, Marci Thomas, Melissa Witt and me. We will be meeting continuously leading up to August, so please keep us in prayer. To volunteer, please contact one of us for more information, and we will get you connected!

I’m proud to announce Ed Booth and Will Todd will join the youth group as young adult volunteers. Ed was entering and Will was already in college when I came to Trinity five years ago. They always attended church when they were in town and kept in touch over the years. Both graduated this winter and have settled back in McLean. They expressed their desire to help with the youth group because they felt blessed by it when they were growing up and want to contribute to its growth and vitality. We are blessed and honored to have them as volunteers. Ed wants to help anyway possible, and Will wants to make the youth group as memorable and relevant as it was when he was growing up. Please thank and welcome them in this new role. Thanks Ed and Will!!

The confirmation class has been meeting faithfully. All the confirmands are a joy to be around and have been fantastic participants in this year-long journey. One of the goals of confirmation is integrating them into Trinity because once they are confirmed, they will be full members of Trinity with all the duties and rights. Please keep them in prayer because the class is heading to its conclusion with Confirmation Sunday and Banquet on June 14. They will make a presentation during worship and will read their faith statements during the banquet. Writing faith statements has been a great challenge in the past so please keep that as a prayer topic. The confirmands are Olivia Burgeson, Lily Calsyn, Catherine Dunn, Fiona Keough, Madison Turk, and Zach Yellen. If you see them in service, please welcome and encourage them as they journey on in the confirmation process.

Support our Preschool while eating at Chipotle on Wednesday, March 4. Visit the restaurant at 6707 Old Dominion Dr. in McLean between 4 p.m. and 8 p.m. Tell them you are supporting the cause and 33% of the proceeds will be donated to Trinity Preschool of McLean.

Trustees and Church & Society will host Trinity’s Spring Good Works Day on March 28, from 8 a.m. – 12 p.m. followed by a BBQ chicken lunch. Trustees will have the tools and supplies for helpers of all ability levels to work on inside and outside projects around the campus including the Fellowship Building and Trinity House. Drop in when you are able and join your friends for a morning of service that will enhance our campus and serve our neighbors, then stay for BBQ and fellowship. For more information please contact Wayne Detwiler for trustee projects (wdetwiler@trideum.com); William Liu for Church and Society projects (williamliu@att.net); and Reba Page for Trinity Cooks Crew (pagerann@hotmail.com). 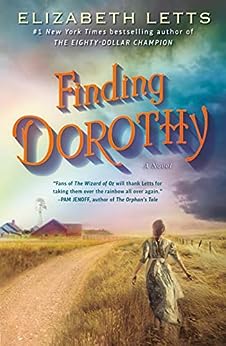 Trinity’s book club will get together on Tuesday, March 10, at 6:30 p.m. to discuss Finding Dorothy, by Elizabeth Letts, a richly imagined novel that tells the story behind The Wonderful Wizard of Oz, the book that inspired the iconic film, through the eyes of author L. Frank Baum’s wife, Maud. We meet the second Tuesday of the month (from September through May) in the Trinity Library. Everyone is welcome, even if you haven’t read the book! The selection for April 14 is The Buried, by Peter Hessler, about the lives of ordinary people in the ill-fated revolutions of the Arab spring. For more information, contact Kathy Maher.

Trinity’s Chancel Choir will present a just-published anthem in March (the distinguished composer Elaine Hagenberg’s comforting You Do Not Walk Alone) while bringing back several choir favorites: an Italianate Kyrie (created by the teen-aged Wolfgang Amadeus Mozart upon returning from his third stay in Milan), Thou Knowest, Lord, the Secrets of Our Hearts (a touching prayer written by Henry Purcell for the funeral of Queen Mary and sung at his own funeral in Westminster Abbey later that year), O God, Be Merciful to Me (a melodious miniature long attributed to the Renaissance master Lassus but now thought to be a 19th-century confection), Wondrous Love (an evergreen arrangement of this popular shape-note hymn by Marie Pooler), and O Love (also composed by Hagenberg). The Trinity Ringers’ Lenten offering will be Jason Krug’s dramatic setting of Alas! And Did My Savior Bleed (#294 in our Hymnal). If you’re thinking of joining one of Trinity’s adult choirs, now is a perfect time to attend a Thursday evening rehearsal* and see what we’re preparing for Easter!

A big hello to all the kids at Trinity Church. I’m Henny and I’m the church mascot. I’m so happy to have such great friends at Trinity.

Does is feel like we just celebrated Christmas? It was so much fun opening presents and hanging out with my family. I got a cool Frisbee for Christmas that I still play with almost every day. I can even catch it while it’s still in the air. But Christmas is over and do you know what season we are in now? If you guessed Lent, you’re right!

Lent is an important season. This is the time (forty days, not counting Sundays) leading up to Easter. Each day of Lent we are invited to take time to think about Jesus: what he did, how he lived his life and how much he loves us. Sometimes people go through Lent giving up something that they really like; this might be TV, or dessert, or time spent on the computer. All this is great, but there’s another way we can remember Jesus. Instead of giving up something, maybe you would like to honor Jesus by doing something. You could help out at home, eat lunch with a kid at your school who usually eats alone, or write a thank you note to someone who has been super nice to you (maybe one of your teachers).

The purpose of Lent is to have us remember all that Jesus has done for us and to prepare us for the celebration that is Easter.

Do you have a question for me? I’d love to answer it. Just send it to me at bit.ly/AskHenny.